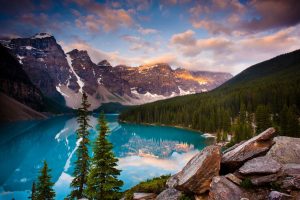 Ron talks with master landscape photographer Dan Ballard about his dangerous world travels, his techniques, workshops, and getting held at gunpoint!

Dan Ballard is an internationally known travel and landscape photographer from Colorado. His images take you on a visual journey to some of the world’s most beautiful and far-reaching corners. Dan has visited nearly 50 countries on five continents around the globe, and his work has attracted the attention and praise of some of the biggest names and companies in the photo industry.

Dan’s images have been on display around the U.S. in museums and galleries, and he has sold images to clients around the globe, including The National Geographic Society. He is proud to be on the Zenfolio Pro Team, and to have strong working relationships with the most trusted names in photography, including SanDisk, ThinkTank Photo, LEE Filters and Really Right Stuff. His images have been published in magazines and calendars, and he has won or been a finalist in numerous prestigious competitions. Large, framed prints of his western work can be found at gift and furniture stores around the country. Dan’s image ”Let ‘er Fly” was recently featured in a Smithsonian Channel episode on what makes an award-winning image.